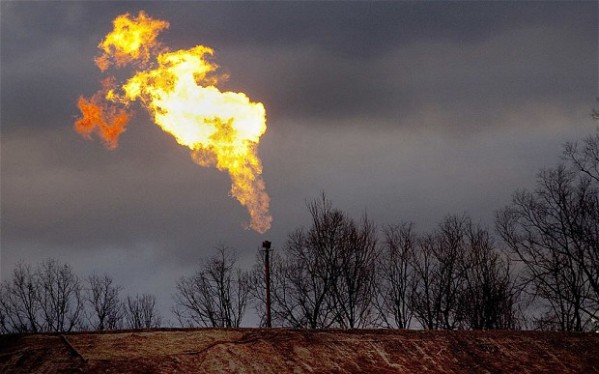 Lord Smith, the chairman of the Environment Agency last night said that the controversial method of extracting shale gas should be given the go ahead.

Fracking, or the hydraulic fracturing of shale rock has generated notoriety for its environmental impact; as it is believed to cause earthquakes and pollute ground water. The process involves blasting water, sand and chemicals into a shale bed at high pressure to release the natural gas contained in the rock.

Even though fracking has already been banned in some countries Lord Smith believes with careful regulation it could be part of the solution for creating cheaper energy in the UK, although he added development was still needed in carbon capture technology for shale gas to become a truly viable option.

Anti fracking campaigners think Lord Smith is ignoring the facts and that his endorsement will dangerously lead to wide spread use of this questionable process of energy production in the UK.

Lord Smith made his comments on shale gas in a broad speech on the green economy at the Royal Society of Arts, where he also highlighted the need to fast-track carbon neutral technologies, adding that the UK could lead the way in wave and tidal technology. 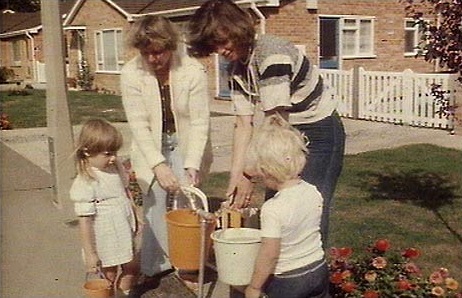 The Environment Agency has this week warned that the UK faces the most severe water shortages in over 30 years, as more than half of England is already in drought.

Parts of the country are already drier than they were in the summer of 1976, when Britain experienced its worst drought for more than 100 years. Then water shortages led to standpipes being installed on residential streets, water supplies to businesses being rationed and schools having to close early.

The water companies say they have no plans to introduce similar measures this year, although the Environment Agency seems less confident, predicting that water restrictions this summer will affect more than 20 million people in the UK.

The Environment Secretary Caroline Spelman is already urging households to cut back on the amount of water they use:

“As more areas of the UK move into drought it is vital that we use less water to protect the public’s water supply,” she said. “It is for everyone to share the responsibility to save water. We are asking everyone to help by using less water and starting now.”

We should also remember that water shortages don’t just affect us; it also seriously harms the environment. So in the coming months we will need to use our water more efficiently; not just so we have enough water but on order to protect our natural environment and its wildlife.

To help you do just that here are some great tips from The Environment Agency on the best way to save water in the home:

Wash vegetables and fruit in a bowl rather than under a running tap, then use the leftover water for watering house plants.

When you boil water in saucepans and kettles, use the minimum amount of water – that way, you’ll save energy as well as water.

Try keeping a bottle or jug of water in the fridge instead of running taps until the water runs cold.

Wait until you have a full load before switching on the dishwater or washing machine. Did you know ‘half-load’ programmes use more than half the water and energy of a full load?

Don’t leave the tap running while you brush your teeth, shave or wash your hands. This can waste up to six litres of water per minute.

Showers use about nine litres of water per minute. A five minute shower uses about a third of the water of a bath. But remember that power showers can use more water than a bath in less than five minutes. Taking a quicker shower could give you an extra few minutes in bed or you could leave for work a bit earlier and miss the traffic.

Old toilet cisterns can use as much as nine litres of clean water every flush. Reduce this by placing a ‘save-a-flush’ or ‘hippo’ in the cistern.  These are often available free of charge from your local water company.