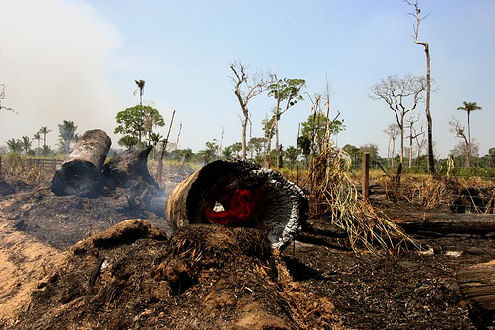 The Living Planet report has been compiled by the World Wildlife Federation, the Zoological Society of London and the Global Footprint Network. It is the leading, science-based analysis on the health of our planet and the impact of human activity on the environment.

It is based on the Zoological Society of London’s Living Planet Index; which measures the population and health of thousands of species of plants and animals. This is accompanied by the Ecological Footprint, which measures the impact of humanity on the Earth’s natural resources.

Jonathan Baillie, conservation director at the Zoological Society of London, said: “This report is like a planetary check-up and the results indicate we have a very sick planet. Ignoring this diagnosis will have major implications for humanity. We can restore the planet’s health, but only through addressing population growth and over-consumption of resources.”

Despite the numerous international conventions, like the Rio Earth Summit, the report states that mankind’s effect to the planet has progressed even more quickly over the last decade; with carbon emissions up 40% in the past 20 years, with two-thirds of that increase occurring in the last decade.

The Ecological Footprint suggests that because of population growth and the global demand for natural resources it now takes 1.5 years to regenerate the renewable resources we use in one. By 2030, the report predicts it will take the equivalent of two planets to meet the demand for resources.

The Living Planet Index shows that the world’s wildlife has declined by nearly a third over the past 40 years, in some areas this is much higher. In the tropics for example losses are estimated at being more than 50%, while in tropical freshwater ecosystems like the Amazon the damage may be as high as 70%.

However, in wealthy countries such as Europe and North America, the index has risen by around 7% since 1970, reflecting the investment these countries have made to protect their wildlife. While this illustrates that conservation really works it also shows that it is a price most developing countries cannot afford.

To find out more visit the WWF website. Or if you would like to help one of our conservation projects make a difference visit our Adopt a Plot page.

Everyone can make a difference locally & globally to the health of the planet and its people. Be part of it! U.K charity 1122475
View all posts by Healthy Planet →

3 thoughts on “The latest Living Planet Report has been published this week ahead of the twentieth Rio Earth summit in June.”